With a new year, another epic apocalypse showdown is on the horizon. This year’s Yearhammer battle will see the forces of Imperium, Chaos and Xenos throwing down in an epic three-way battle. With so much going on this year, we decided to break up the Battle Report into two parts: The Rules and The Battle. Read on to see how the game played out! 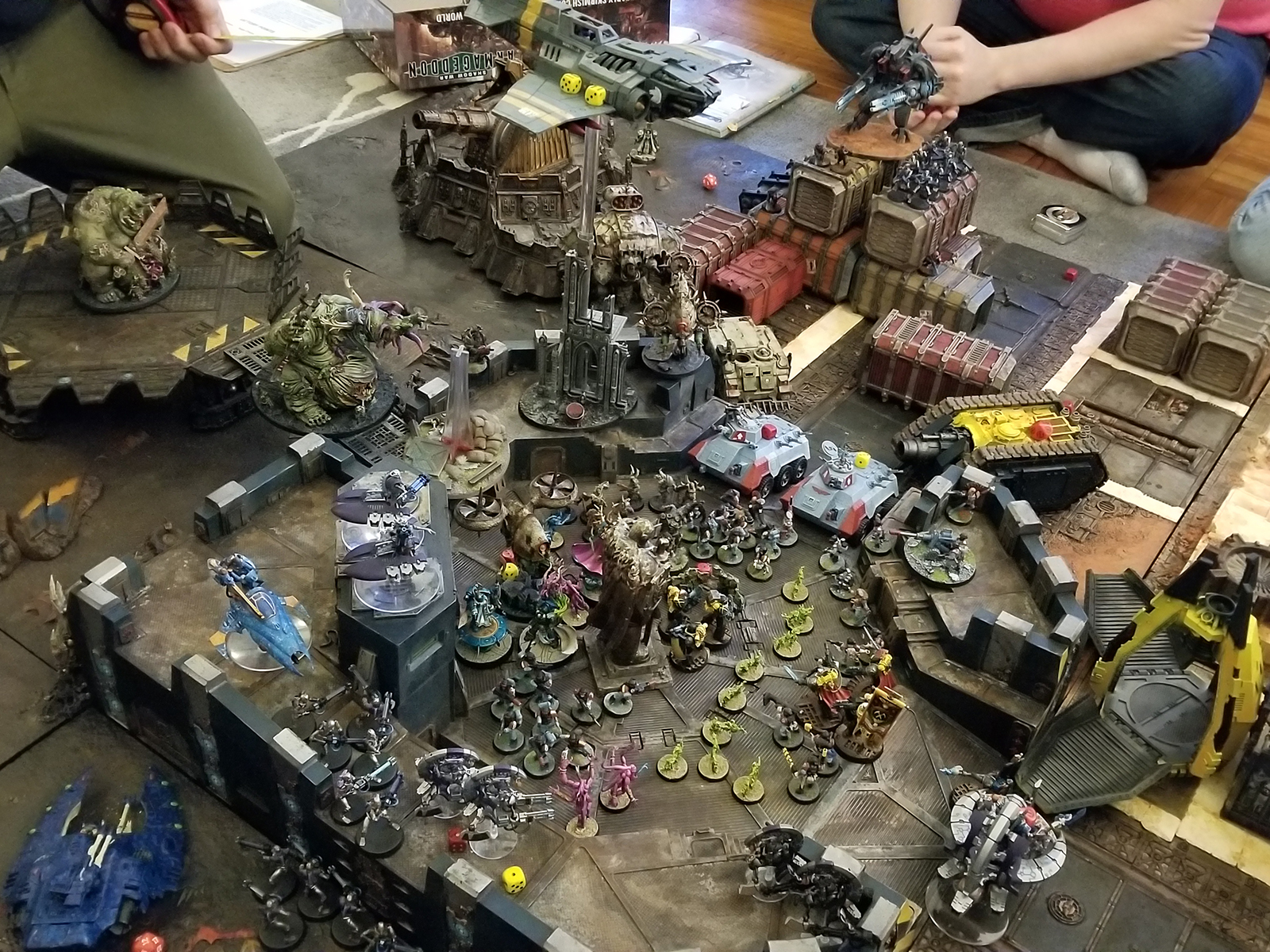 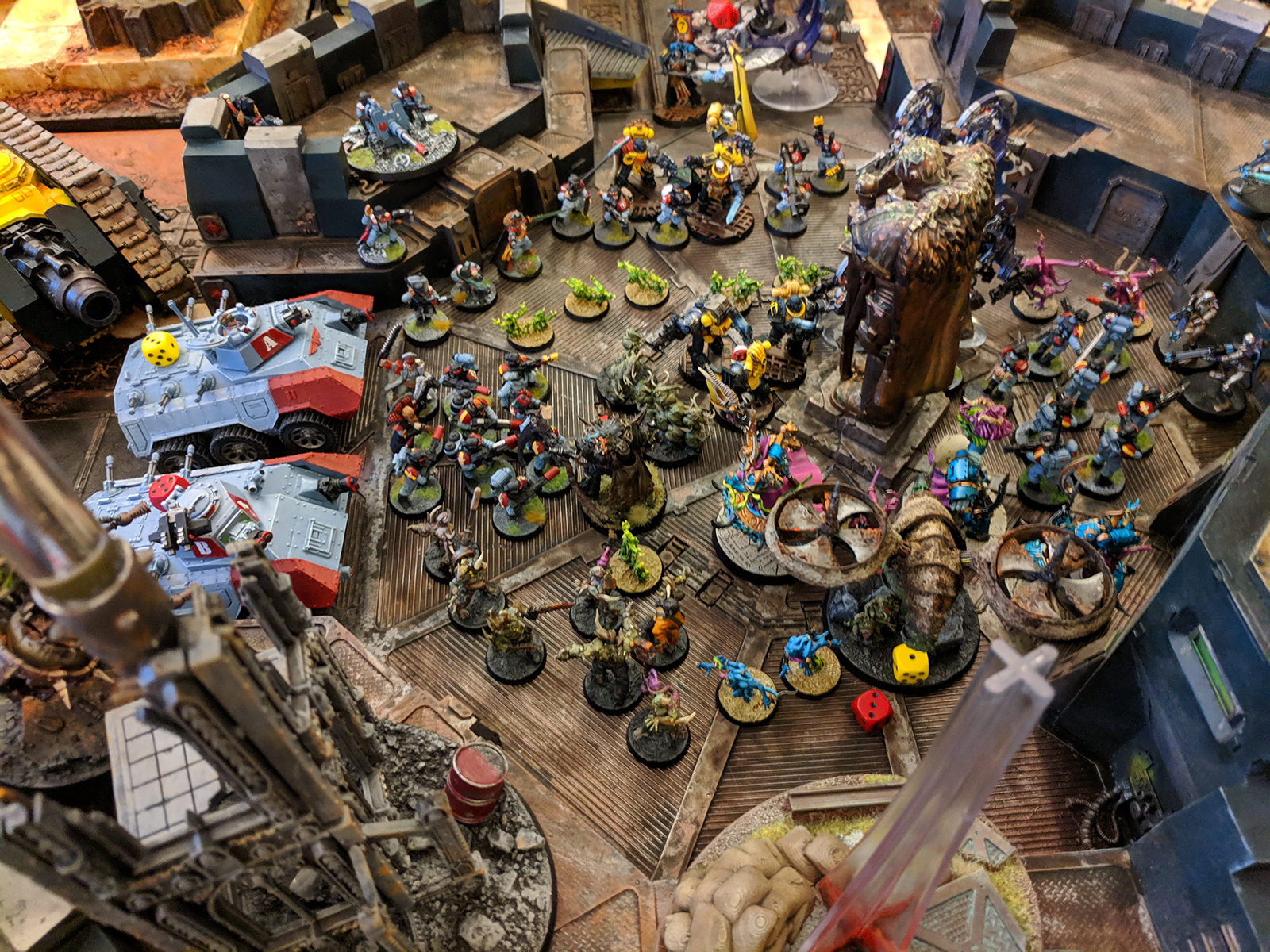 The Xenos got the blood they wanted and satisfied their revenge from last years loss…. for now.  With Grandfather’s blessing, Team Chaos held out in the middle for most of the game but Team Imperium’s big guns never tired and they were able to rid the objective of most of the Chaos Forces to claim another victory in their Apocalypse dominance!! 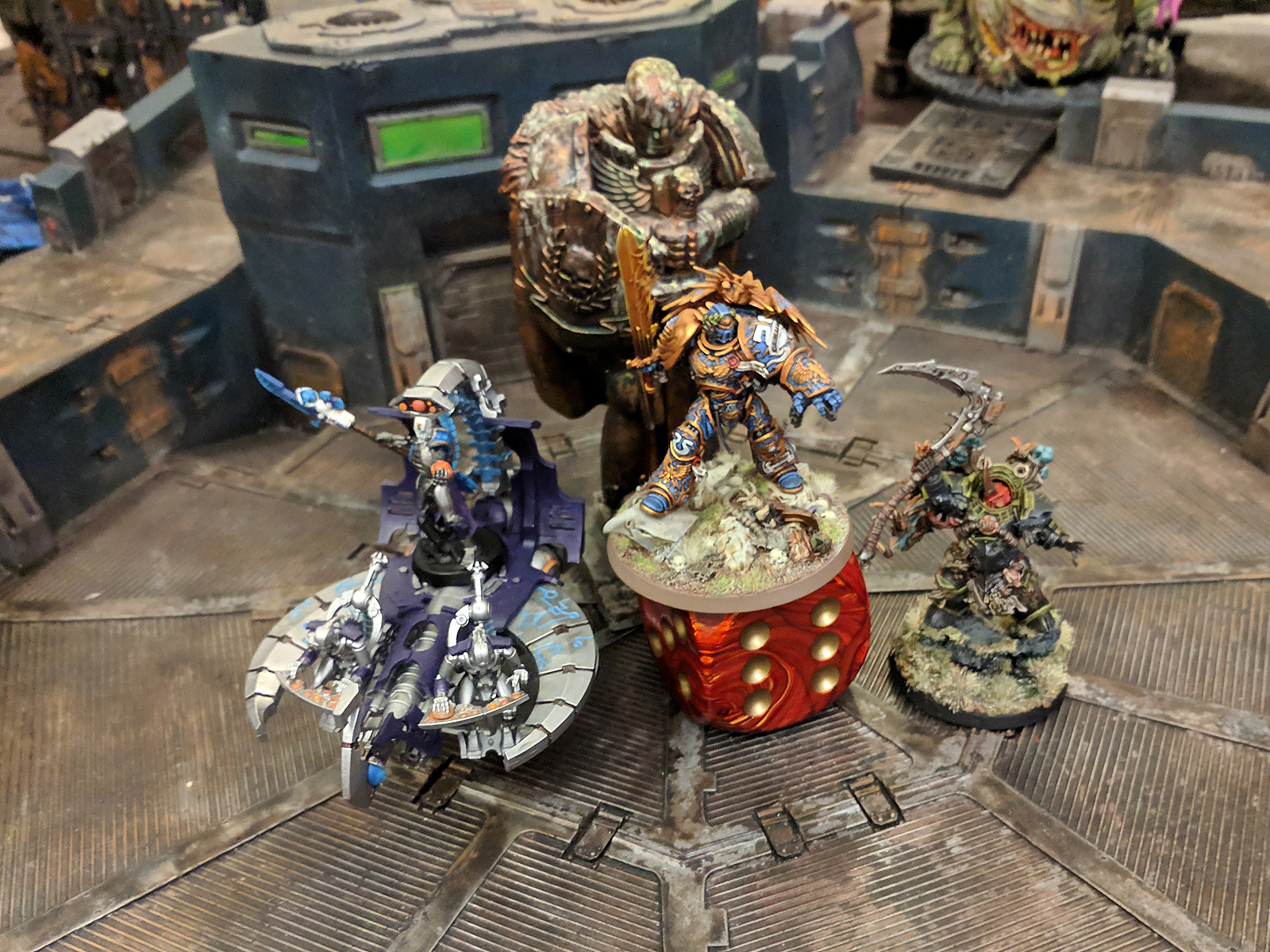 Will new alliances form? Will current ones crumble? Can the Imperium claim another victory in the yearly brawl? We’ll find out in 2020!

(PS: we apologize for the blurriness of some of the photos. One of the phones had a smudgy lens and we were all moving around fast to take photos so the game could keep going. Thanks for still checking them out!)