After a fantastic event last year where our crew grew two larger, we once again attended Armies on Parade at our local shop in NYC this year. Check out the awesome work by the crew . . .

Since taking home Bronze at last year’s AoP, Jason has been going full throttle this year trying to earn a gold this year (keep an eye posted for a making-of post soon) . His custom cut foam rock display was home to his ever growing Death Guard forces, even with the inclusion of his recently finish Mortarion looming from above . . .

Tired of being the unpainted man out, this year Brendan commissioned Max to paint up his Tau forces. Happy with how they’ve come out, Max decided to use them as his AoP entry this year, displaying them on an awesomely painted Forge World tile . . .

Alejandro made a big splash at the Inner Circle event with his Imperial Guard. He’s back for Armies on Parade with even more, plus some Space Marines to bolster his forces . . .

The Orks are taking over NYC, with Leo bringing out his Waaaagh to help the Xenos cause on the backs of a Giant Squiggoth . . .

Is this a civil war among the Chaos brothers?! A simple misunderstanding? Or maybe it’s a war exercise . . .

A fellow North Jersey Wargamer of Tim’s, Matt came out today with his massive force of Blood Angels to make NJ proud (and also helped setup Tim’s display who couldn’t make it in today) . . .

What an amazing turn out this year! So many awesome armies on display and an amazing group of people that came to check them out. The crew had a fantastic time chatting with everyone about Warhammer and sharing all their hard work at Warhammer 8th Street.

We have A TON of more photos from the day.
Check out this Google Photos album for almost 200 photos and videos!

That’s not all, we actually swept all 5 categories (Since there were no entries by painters under 15, Youngbloods was ignored for voting) . . . .

Tim took home the gold for Monsters and Machines! 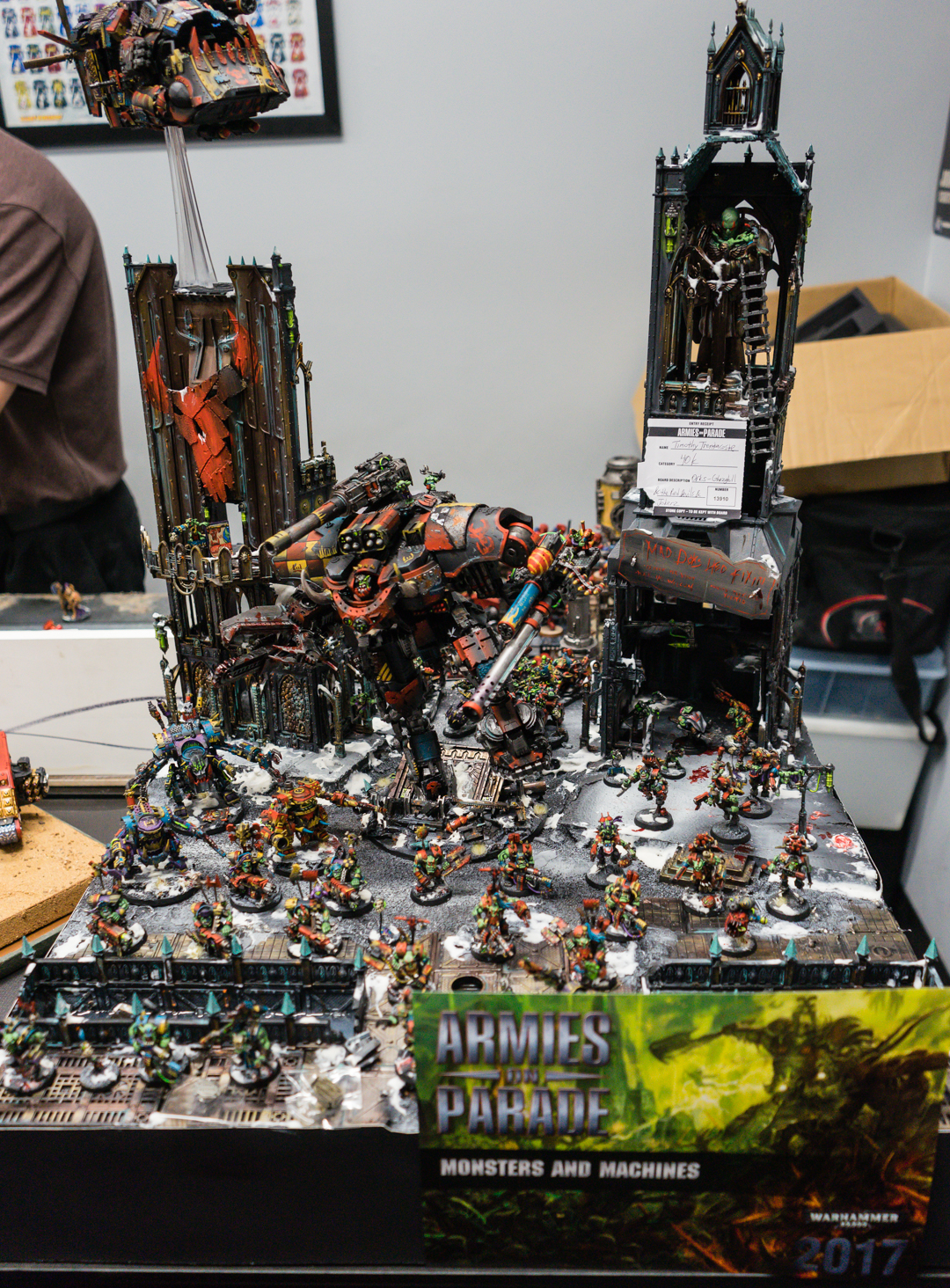 Jason took home gold in the other four: Best Scenic, Best Terrain, Best Painted and First Army (Our manager changed “First Army”, meant to be the players first army, to be more of a “Best of Show award. ) 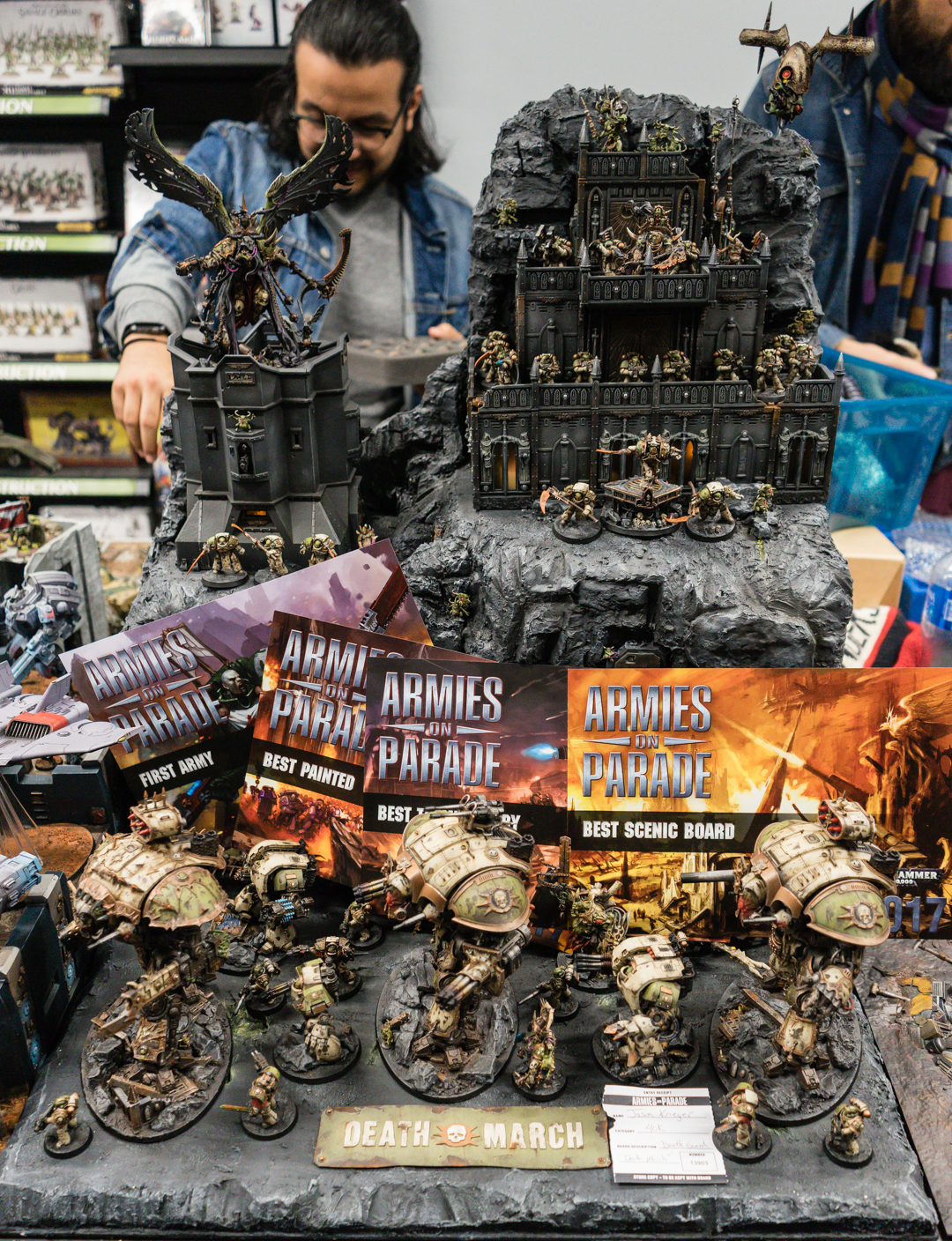 Now we start planning for next year’s Parade!