If you’ve been following us, you’ve surely seen a lot of Jason’s bigger, meaner Death Guard units. But the big boys are only as good as the boots on the ground to back them up. Read on to see a wide range of troops, elites and heavy support that follow the Death Guard banners…

These were the first units Jason painted for his current Death Guard scheme. 20 Marines with Bolters and three champions created with marines from the Betrayal of Calth boxset. MK3 shoulders were used to show the transition from old to new gear. These guys can also be ran in a Horus Heresy game.

The new Plague Marine kits from the Dark Imperium boxset

The awesome new Poxwalkers kit. I got two sets of 10 from the Dark Imperium box. Seeing as there are duplicates of each, I tried to customize each walker so no two looked the same. Also added the new easy-to-build set of 6 to the mix.

I really loved the look of these Forge World renegades so I wanted to make a set devoted to Nurgle and the Death Guard. I gave them all CC weapons, but can run them as either Cultists or Poxwalkers (after I kill all the IG troops in our group, ha).

Terminators from the Betrayal of Calth boxset. (2) with Chain Fists, (2) with Power Fists, all with bolters. The Champion has a Power Sword. I wasn’t a fan of the Lord’s head option so I swapped it for a helmeted one (an old Grey Knights one I had lying around). These guys can also be ran in a Horus Heresy game. If you’re interested, I added these to the Shop!

Before 8th edition, I was a big fan of the Havoc unit and wanted to build three sets: Autocannons, Missile Launchers and Heavy Bolters. After 8th came out, sadly the Death Guard couldn’t directly take them. Could also run these in Horus Heresey as Heavy Support options. If you’re interested, I added these to the Shop!

With Magnus being such a badass, when he fights and kills a character in a fight he turns said character into a Chaos Spawn. So I needed something for that! I found these three spawns on eBay (Forge World) and thought they’d be perfect as I wasn’t a fan of the base Spawn model. I decided to paint each head from the three armies I planned to run for Chaos (Tzeentch, Nurgle and eventually Khorne) so I could use them in any of them. 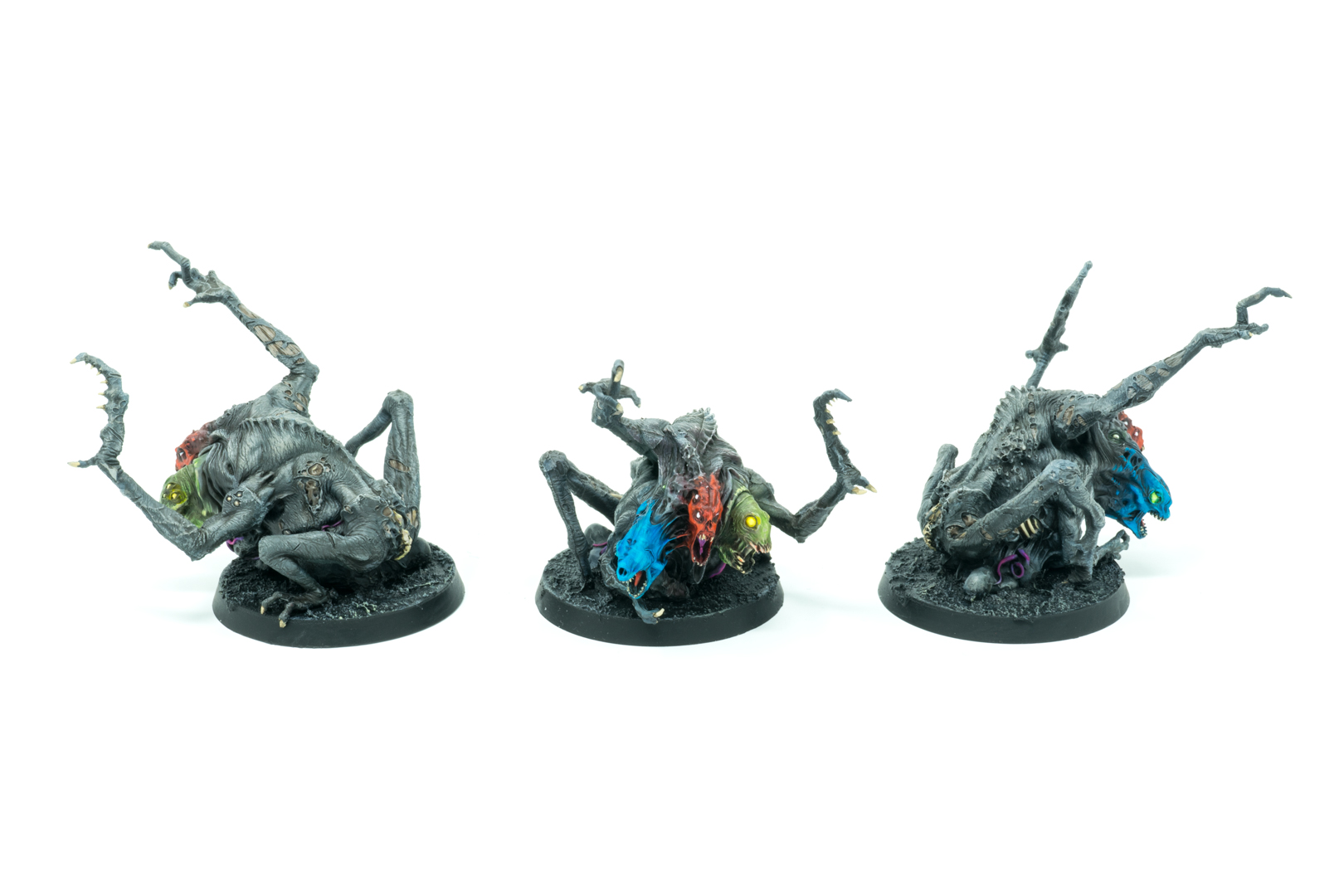