Jason’s back to his Death Guard lately and his latest addition are two more Foetid Bloat-Drones. Read on to learn more about these floating drones of gross.

If you’ve been following our site or my Death Guard, yep, I already had one Foetid drone (check it out if you haven’t seen it). But to get ready for 9th edition, I wanted to increase my fast-attack slots. The Foetid has served me well in previous games but as we all know, one of a model is doomed to die. So bring backup!

So I did just that! I found two Dark Imperium versions of the drone for cheap on ebay and picked them up. But I try to add variety to any similar models if I can so I also picked up two different face plates. I thought that the DI version of the kit would be similar to the multi-kit and the face plates would just fit perfectly. Sadly, they didn’t but after a little bit of plastic shaving and they worked! 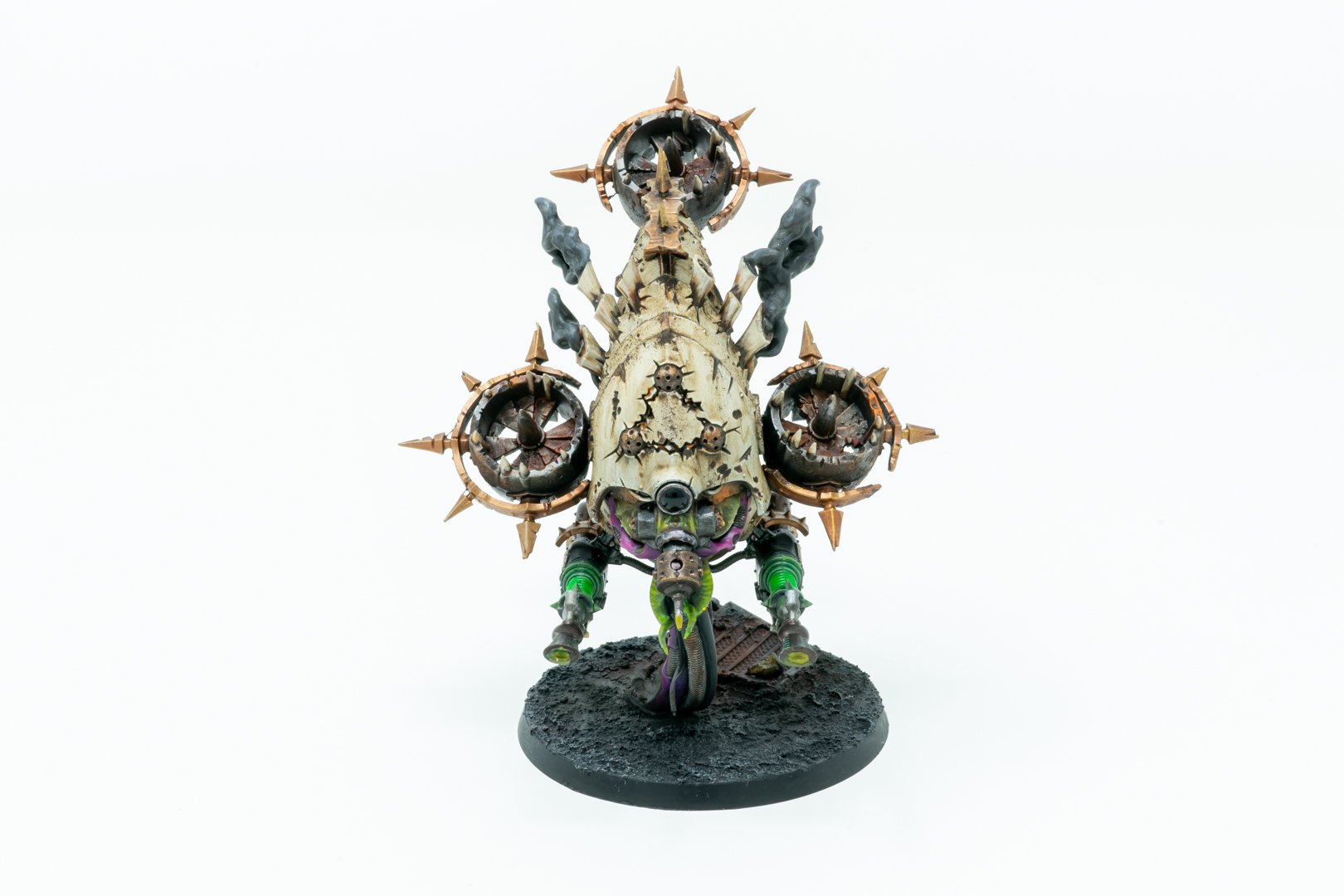 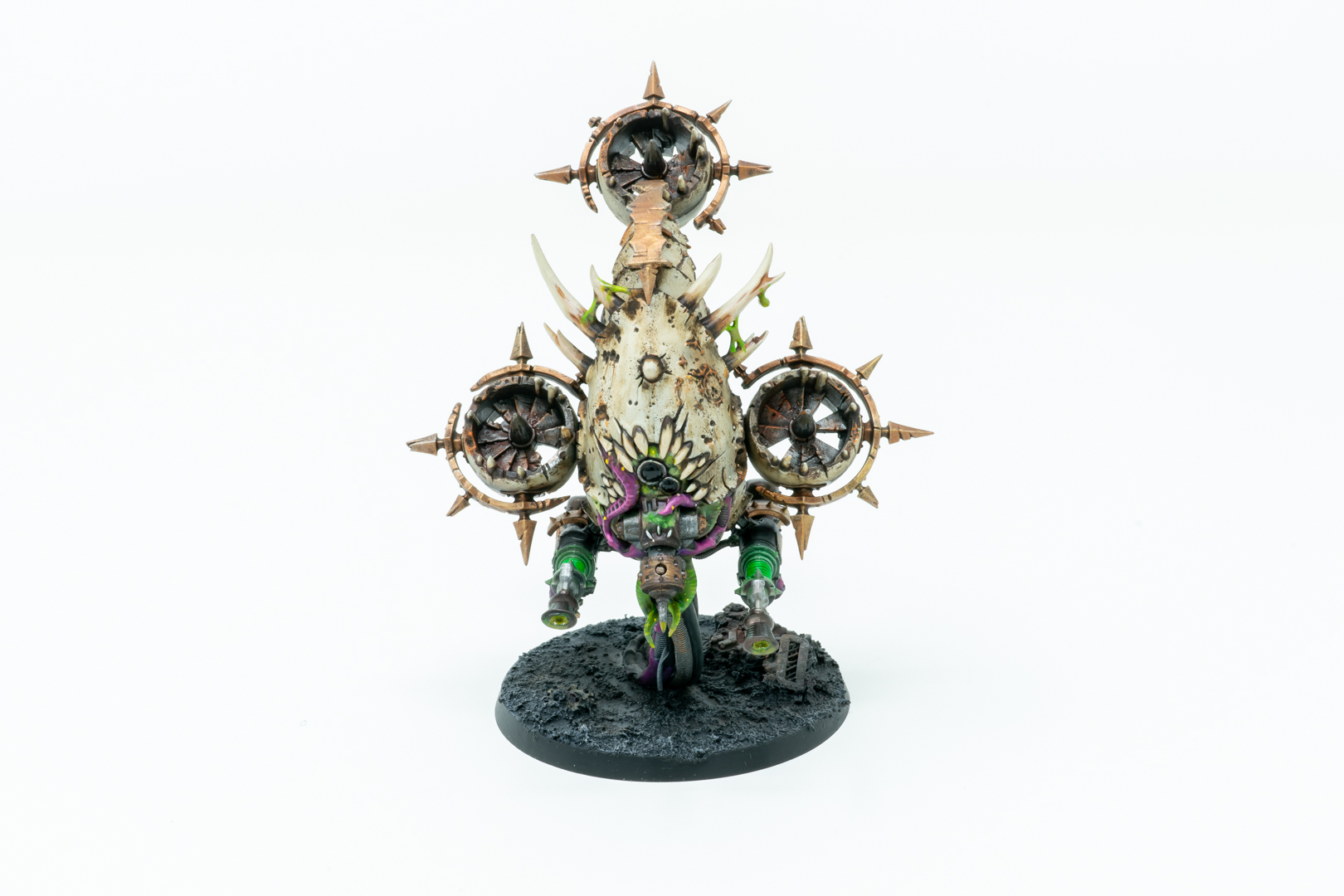 The one thing about my daemon engines I haven’t been a fan of was my airbrushed red lens on their “eyes”. So I went through and gave them glossy black eyes (very buggy) and went back to my original drone and updated it as well. It was a bit tricky with the overspray but overall I think it works. You can see him with his two new brothers.

This wouldn’t be a new showcase of mine if I didn’t include a video showcase as well! Check out the 4K look…

One thought on “Showcase: Foetid Bloat-Drones”